The Most Cosplayed Video Game Characters

The Most Cosplayed Anime Characters

If you’re an anime fan or gamer, Halloween isn’t the only day you can dress like a character from your favorite anime or video game. Cosplay, the act of dressing up to recreate the look of a fictional character, is becoming increasingly popular.

Hundreds of American gamers and anime fans participate in cosplay at gaming, anime, and comic conventions nationwide annually. In 2021, New York Comic Con saw high attendance numbers, with 150,000 fans participating in the event. A recent Allied Market Research report shows that the global cosplay costumes market was estimated at $4.62 billion in 2020 and is expected to reach $23 billion by 2030.

We took to the internet and Instagram to identify America’s most cosplayed anime and video game characters and ranked them from most to least popular. 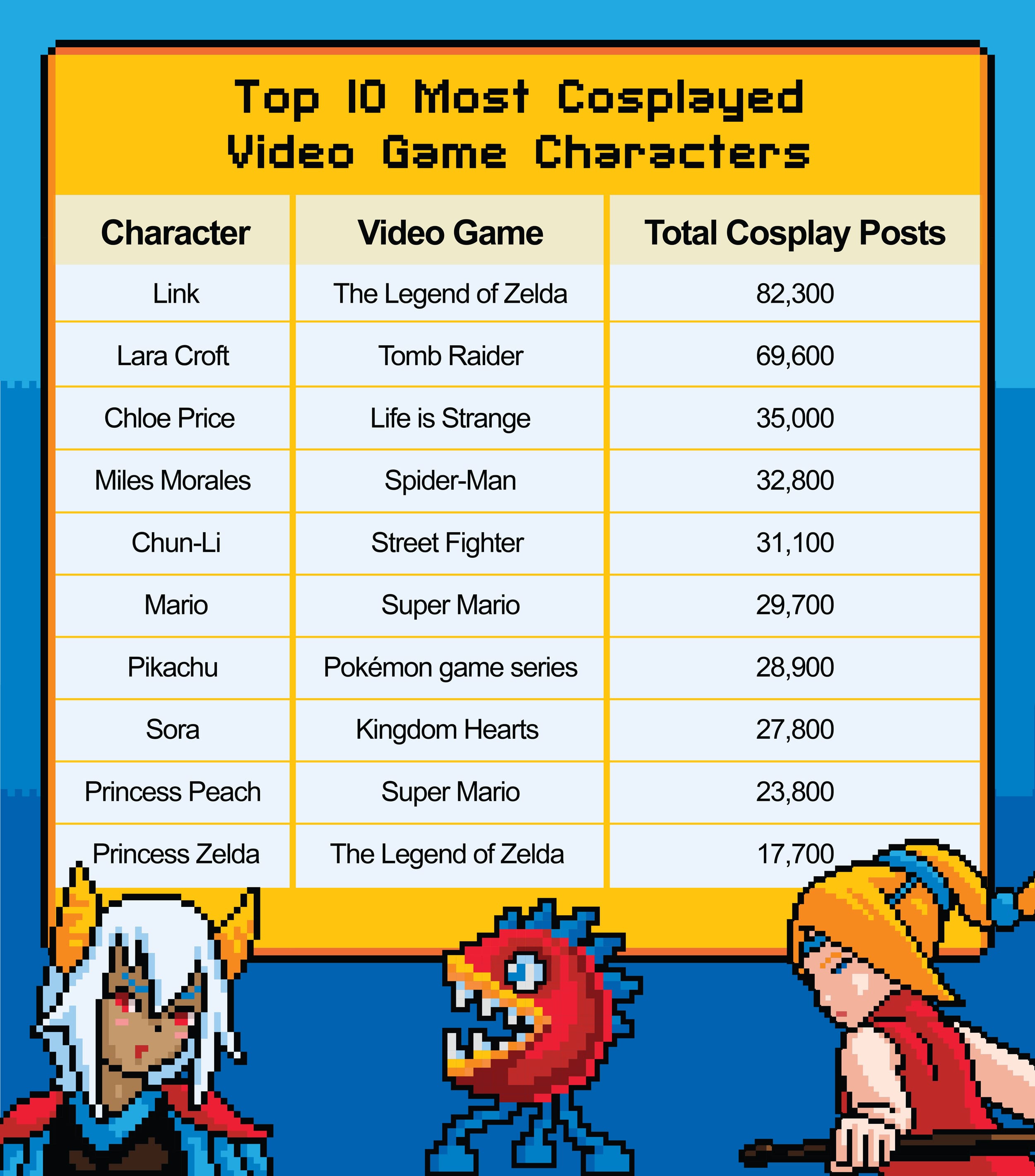 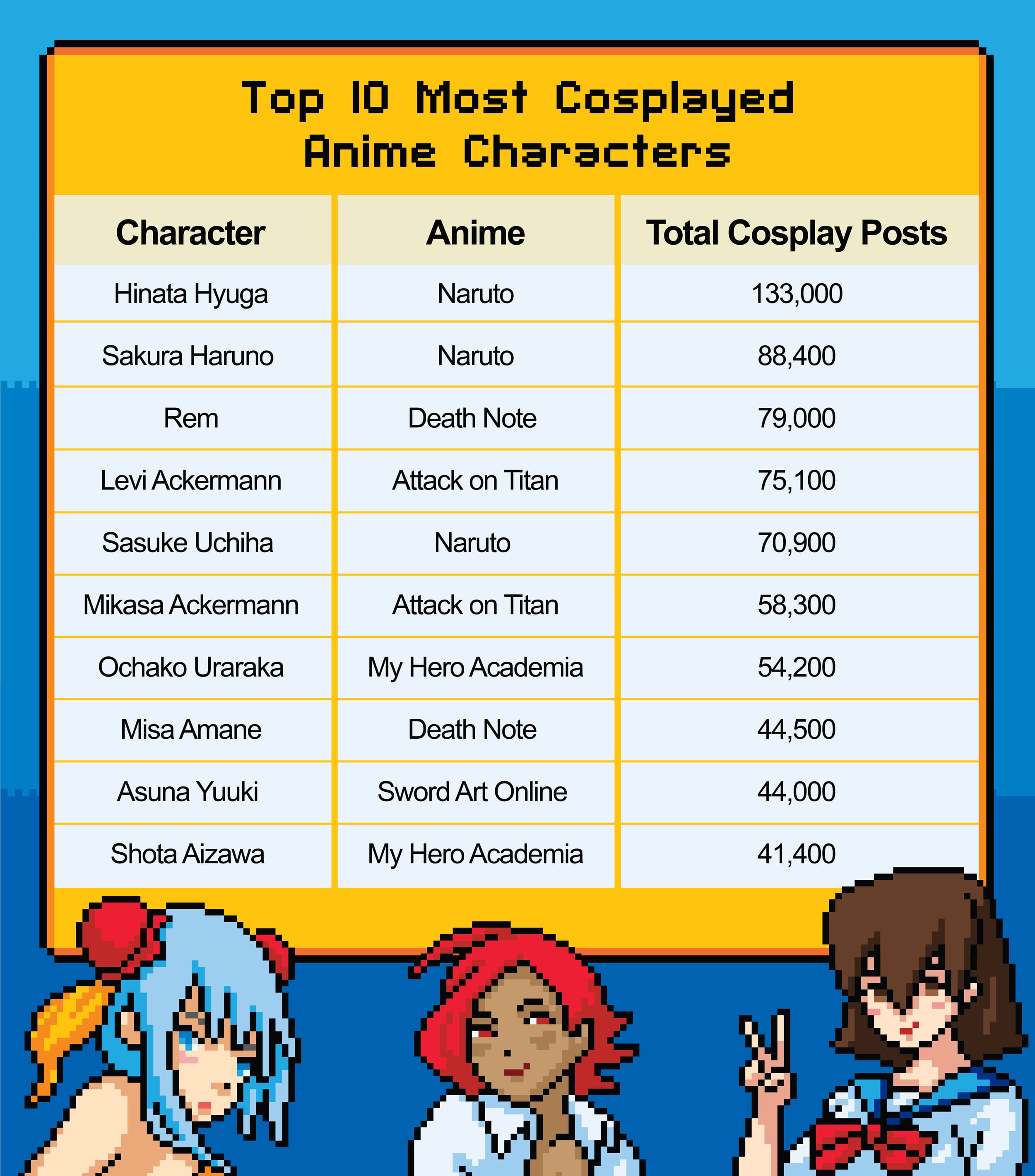